In Lake Clark Preserve, Alaska the bear have not been hunted for generations. They have become habituated to humans and humans have learned again ( natives lived harmoniously) how to live with and respect these animals.  There is an accepted relationship as long as simple rules, human and bear, are followed. Everyone deserves respect and a certain sense of “space”. At Lake Clark NO ONE is permitted to feed bears subject to fines. A National Park ranger is on duty to oversee all rules and regulations with lodges are enforced.

Some facts: The brown bear  (Ursus artos) is the largest land based predator.  Polar bear being the largest bear over all. The brown bear can weight 660-1700 lbs.  There are several subspecies but the coastal being the largest due to large quantities of food sources primarily Salmon.  “As
a rule, brown bears seldom attack humans on sight, and usually avoid people.
They are, however, unpredictable in temperament, and will attack if they are
surprised or feel threatened.[64] Sows with cubs account for the majority of
injuries and fatalities in North America. Habituated or food-conditioned bears
can also be dangerous, as their long-term exposure to humans causes them to
lose their natural shyness, and, in some cases, to associate humans with food. ”

At Lake Clark the females tend to let the humans stay very close  to her and cubs. Biologist believe it is because they have learned the boars, who eat their cubs, tend to stay away when the people are around.  Although we did get up close with several boars who didn’t seem to mind us one bit.

Here is my favorite female because her coat had not begun to shed yet and was a very beautiful color, and her cubs who were very charming. How far away everyone asks? Around 25 feet or so maybe less. at 500mm f4 to 7.1 apeture, generally at 200 iso unless I forget to change then at 800 (duh!) either using d300 or d5000. 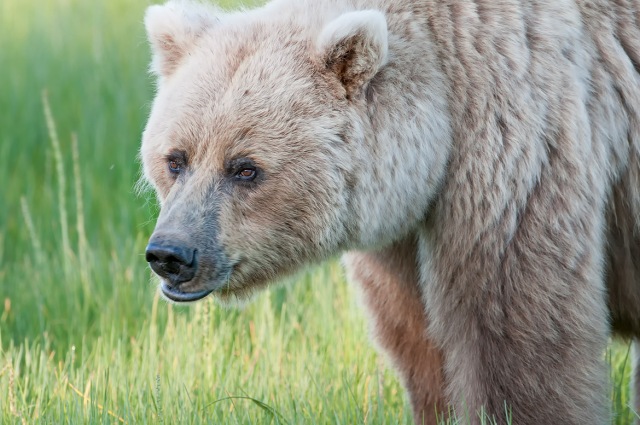 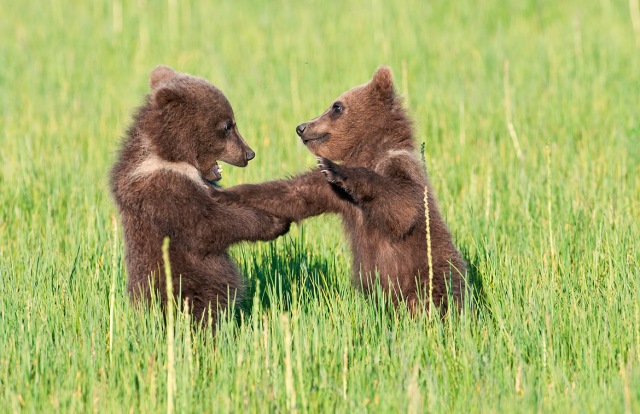